You’re probably wondering why I am calling San Juan “Cat City”, if you have ever been to El Morro in Old San Juan you would know exactly what I mean! There is a really nice path to walk by the main fortress wall of the Castillo San Felipe del Morro. Before you get to the wall there is el Paseo de la Princesa which is European-style “Raíces” fountain and walkway through shady trees after passing through that part you make it around to el paseo del morro (path or walkway by the wall).

Before we made it to the Raíces fountain we saw nearly 20 cats. We own 2 cats so I approached some of them and tried to give them food but they were all very skittish.

As we walked along both paseos we were surrounded by cats, I had never seen anything like it! I wish we had taken more pictures but there were probably hundreds of cats on both sides of the walkway hidden in nooks and below whatever they could find. The nice thing is that someone brings big bins of food and water for all the cats there.

We sat at one of the benches and played with some of the cats for a little bit. After they saw that we were nice, more and more cats wanted attention.

We enjoyed walking around Old San Juan and the random surprises that we found. 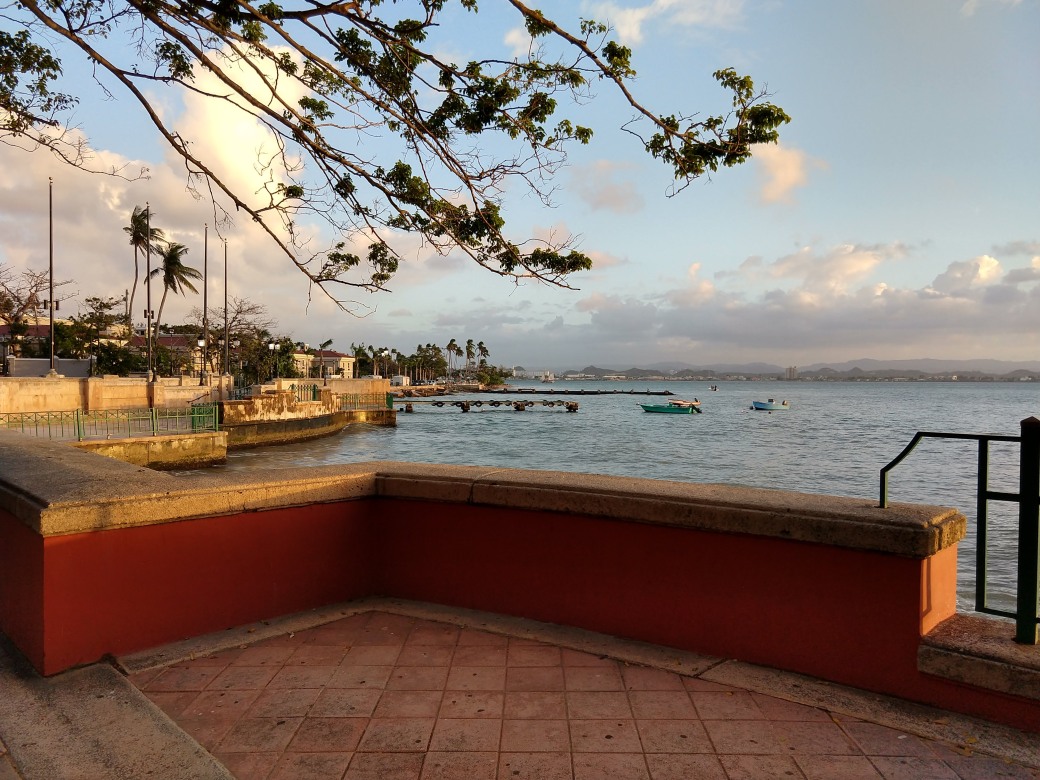 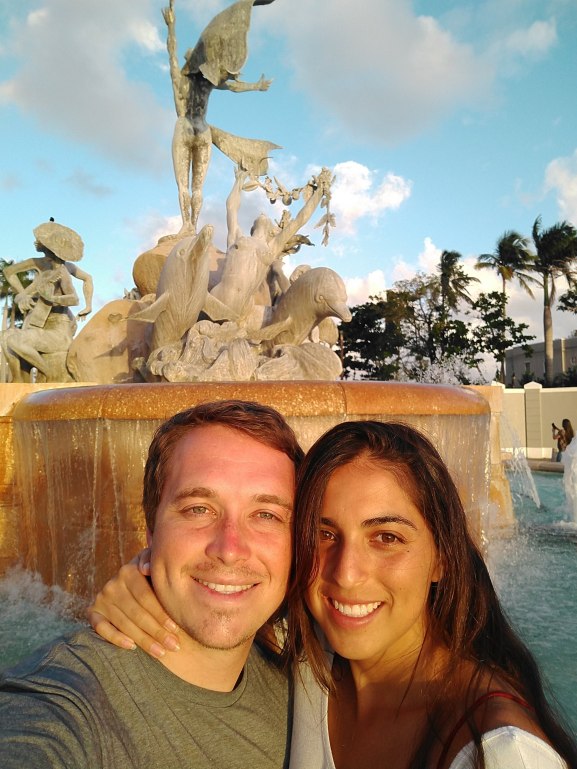 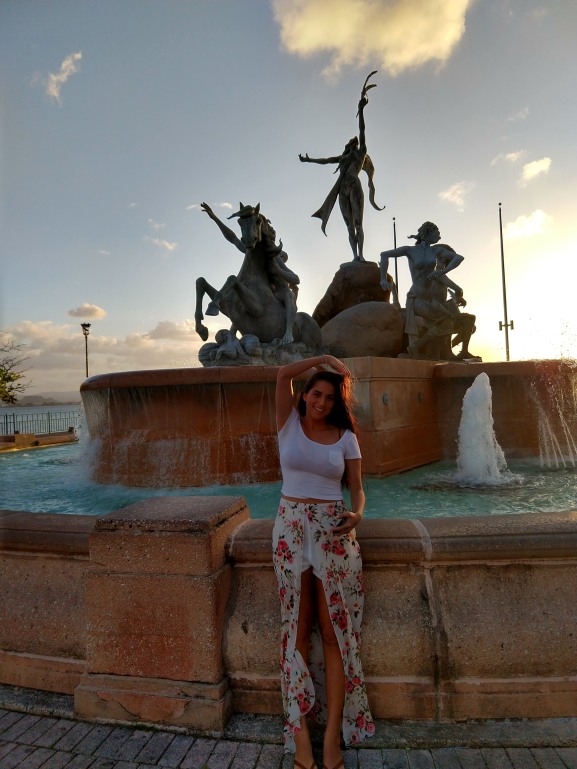 In most of my posts I try to focus on the positive aspects of places we travel, but when we went to Puerto Rico the destruction from Hurricane Maria was very apparent. It doesn’t take away from the natural beauty of the country, but it is impossible not to see it. I haven’t shown much of it because I wanted to focus on everything that we enjoyed when we were there. I usually don’t like calling to attention things that I can’t help or do something about, but since I am not a linesman or have very much skill in construction I can’t don much to help Puerto Rico except exposure. I honestly wish I could do something to help the people there, but I wouldn’t really know what to do. 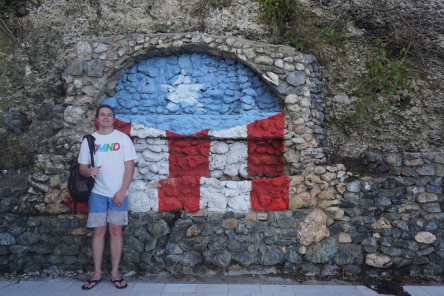 Like I said before the destruction from the hurricane had hit most of the island and there were power lines on the ground everywhere. People had told us that only 60% of the island had power and one of my friends mom was without power for 7 months. Before we went and visited we called our cousins to see if they had needed anything, but they told us that they didn’t need anything. We ended up bringing some small things, but luckily they were prepared for the hurricane and were doing well. 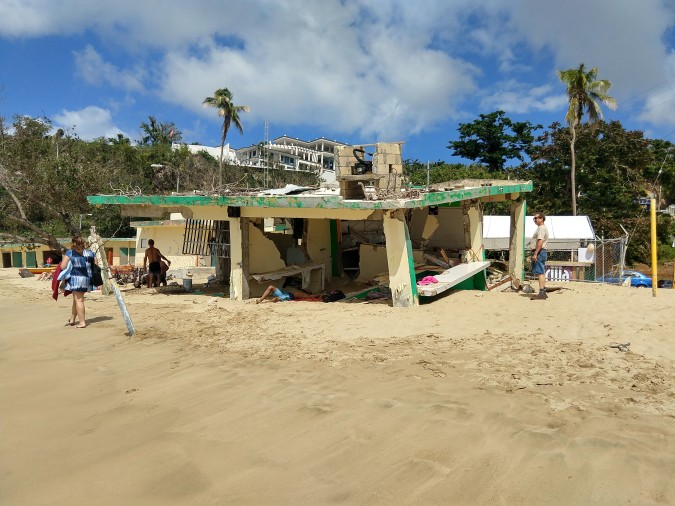 As we visited parts of the island there were billboards and signs blown all over the place, we also saw a huge chunk of road caved in that they had blocked off. After going to a beach we saw a truck giving water and food to residents of that area and it was hard to see, however the people in Puerto Rico seem to be very positive about fixing up their country. They have a saying PR Se Levanta which means that they will pick themselves back up and I believe they will.

Regardless of their current situation almost everywhere we went the people were nice and helpful. It was fun getting to go back after learning Spanish, being able to communicate with people in their 1st language and getting to feel a different vibe than what I had remembered. 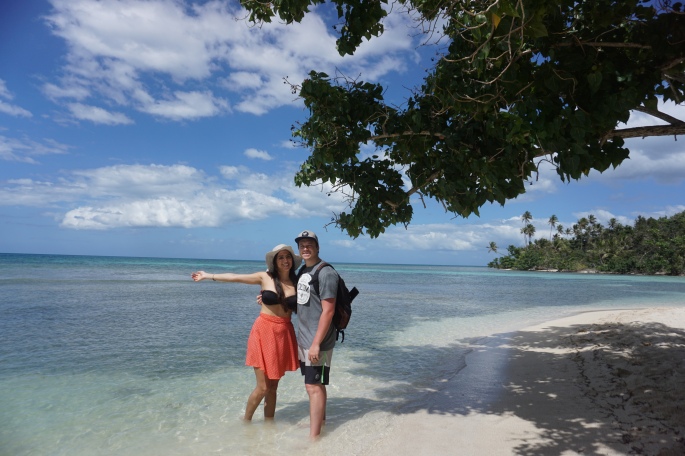 Bienvenidos! It has been way too long since I have written a post, now that I have some down time I thought I would post about our trip to the land of my ancestors….yes that is correct. Even though I don’t look like it I am 50% Puerto Rican and have over 400 years of family history on the Isla Del Encanto (Island of Enchantment). 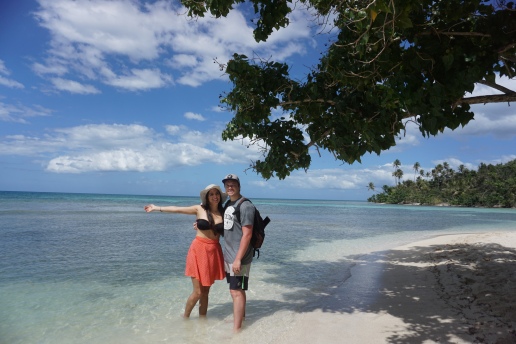 My wife and I were looking for places we could visit on a discount budget and since my mom works for JetBlue we decided to use her buddy passes and spend some time somewhere tropical with surf. My wife was a bit skeptical at first because she gets nervous going to new places, especially after what happened in Puerto Rico from Hurricane Maria.

I had previously been to Puerto Rico 2 times, but I couldn’t remember too much because I was younger and probably didn’t appreciate traveling as much as I do now. Getting off the plane in San Juan coming from winter in Utah was a nice change and reminded us of a Spanish speaking Latino Hawaii. We had reserved a rental car and after all the paperwork we were on our way to the west side of the island. 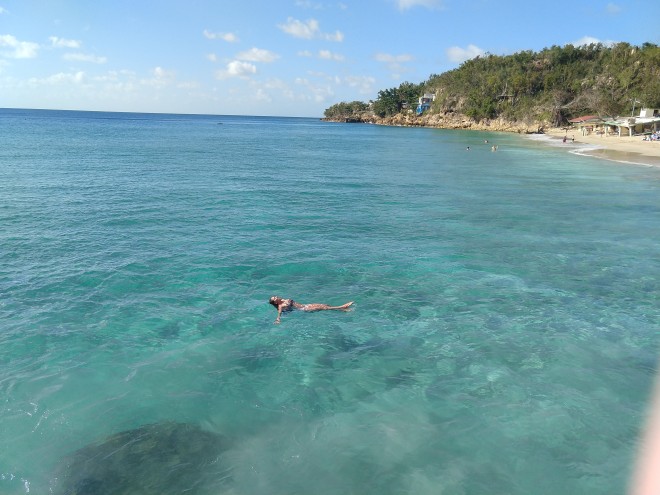 We both fell in love with the west side of the island because of its nice beaches and the great surf. We went at a perfect time because the swell was weak all winter and a good swell came in the week we were there. When it was smaller Mika and I rented longboards and surfed together. On the bigger days she was relaxing on the shore getting dark and I was out there getting as red as a lobster, enjoying the swell. 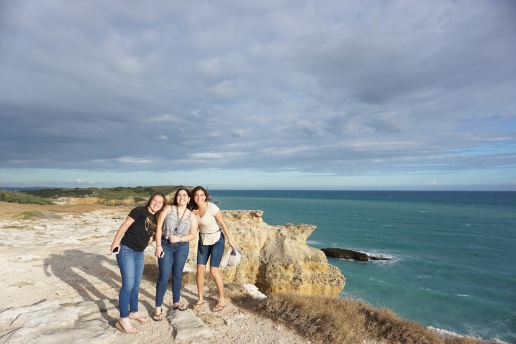 Since I haven’t been writing too many posts I thought it would be good to give a summary of things we did and  do separate posts (with more details) about some of the cool places we went in PR.

Here’s the quick version, we stayed in Rincon, Lares (where my cousins live), and Aguada, visited family saw some great beaches met up with an old friend of mine, went to La Parguera at night, surfed. After 5 days on the west side we headed back towards San Juan to see more sites like the fort San Felipe del Morro, old San Juan, and El Yunque Rainforest. 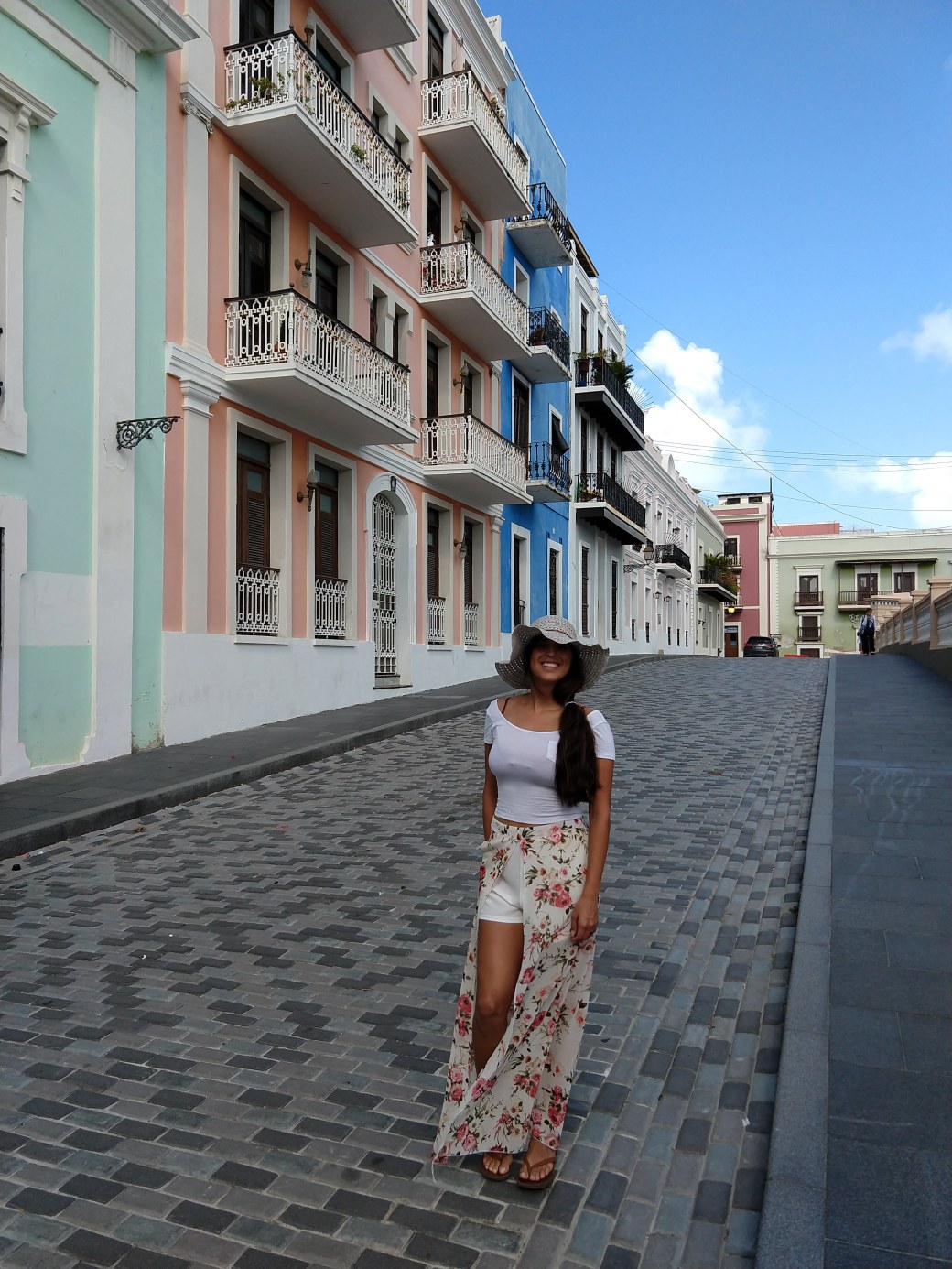 We had a great time and really enjoyed what the Isla del Encanto had for us. We both were sad to leave and go back to freezing weather but we made a deal that we would go back.